Saying No. Does It Work?

I'll tell you what I have done so far, and you can decide. 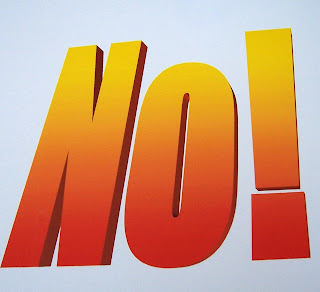 I had to create a limited company when I took on a 3 year contract with a Dutch company. The salary was around £50K per year. Throughout the time I ran the company I paid income tax (PAYE), employers National Insurance Contributions, employees National Insurance Contributions, and I spent a small fortune on accountants fees. At the end of the contract I wound up the company but was asked to provide audited accounts to HMRC. My accountant calculated that I owed HMRC over £5K in corporation tax. I disagreed. £50K may sound like a lot, but there was very little left after all the outgoings. My "disagreement" with the audited accounts led to three fines of £500 each from Companies House for late filing. I told them I wasn't paying the fines. They wrote back and cancelled them. One first class stamp, a sheet of A4, and an envelope saved me £1,500. Then HMRC started on me. By this time I had learnt a few things so I wrote asking them to prove that I owed them anything. They wrote back threatening me with court action and I said "Sure, let's do it", but they never did. I documented the various exchanges here. They have not bothered me since I wrote telling them that I intend to counter-claim if they pursue the matter. They did not respond to that Notice, which I sent over 18 months ago. Four first class stamps, eight sheets of A4 and four envelopes saved me over £5,000. 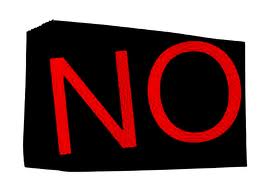 Back in the early nineties I foolishly applied for WTC. I easily qualified because my pay was pretty low at that time. As time went by, I got promotions and pay increases. Each time this happened, I notified the tax office. I sent letters, and because they were still paying me incorrectly, I also phoned them and asked them (a total of 11 times) to stop sending me money. They said that they would take action and they never did. I have filled in every annual return as they demanded but last year, my youngest turned 16 and they wrote to me demanding the balance, (around £7K), which they described as over-payments. After some finessing, they decided to "cut me a deal" and said that if I paid £5K the problem would go away. I said no. They asked why not and sent me a form to fill in to appeal the decision. I filled it in and said what I said here, with a few more details, dates, times, number of letters written, number of phone calls made, etc, and that is the last I heard. So, another two first class stamps, another two sheets of A4 and two envelopes later, another £5K saved. 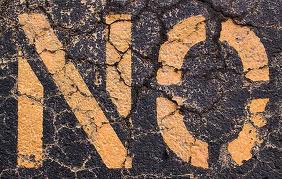 This is more recent. On 23rd September last year I was allegedly photographed travelling at 70mph in a 60mph zone. I decided to test a few Freeman/Lawful Rebellion theories. The Chief Inspector wrote to me demanding that I fill in his form. If I did not, he said, I would be fined £1,000. I did not fill in the form. In response, he sent two bobbies to my home. I blogged on that event here. The PF wrote back and offered me a deal in which the £1,000 was cancelled. I declined his offer and made him one of my own. Two weeks into January, another bobby turned up with a Citation (also blogged on here) and I responded to the Procurator Fiscal (known as the CPS in England) that if I were to turn up in court it would cost him £15,000. I also demanded that he prove his claim against me and that he prove he had authority over me. He has not yet managed to do this. He was given 20 days to respond and he is out of time and therefore in dishonour. I have remained honourable throughout. By pure chance I discovered that I was listed as a "criminal" to appear in the Justice of the Peace Court on 13th February 2012. I did not appear. I now await another missive from the PF. I will let you know what happens. 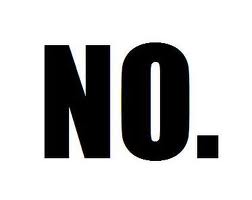 You will recall that I have asked my energy supplier to explain to me why I am paying an additional 9-12% on my energy bills. This percentage is called an  "environmental/climate change" charge. The energy company, when asked, said that "The government mandated us to collect this fee" suggesting that the money went to the government. On questioning further, it goes nowhere near the government. It goes directly onto their bottom line. Pure profit. I asked more questions about the specific statute that demanded this payment be taken from me. They waffled at first but I kept repeating the question. One Saturday morning (a couple of weeks ago) they called me. I asked about progress, and the lady said "No-one has asked us this before. Certainly not in the way YOU asked the question, and definitely not with the same level of persistence. I have had to pass it on to senior managers. They are working on a reply". So we will wait and see. My feeling is that this charge is at least unethical, and may even be fraudulent or criminal. I will keep at it and let you know. 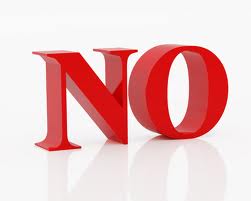 Along the way I have minor spats with debt collection agencies. One is trying to collect money from me despite the fact that the company they are working for agreed with me over two years ago that I had correctly cancelled my satellite subscription. If we describe the dealings with HMRC as the main meal, DCA's are merely an appetiser. All I did there was to ask them to prove that I owed them anything. Their response is to say that the "debt" (£31.00) was "assigned to them by their client". So what? If I had assigned the debt, or signed a contract with the DCA then we can talk. Until then, they do not exist in my world.

That's it. They say that possession is 9/10ths of the law. Did my methods work? I don't know. I do know that I have managed to keep at least £12,500 in my bank account where it belongs.

I should remind newer readers that when I began this, I said that I would pick my fights one at a time. I am well-versed on Freeman principles and Lawful Rebellion, but that does not mean I am going to take on all agencies at the same time. I have several plates spinning and it is enough to keep me going. If I did everything at the same time it would be chaotic. So far I have picked fights only after months of research and in the full knowledge that I am right. Only an idiot picks a fight he knows he will lose. If you are going to do this, do it right. Study, research, double-check, then launch. Launching first without the know-how only leads to misery and very possibly arrest and detention.

This game they play is an old one. They have had us fooled for centuries and the odds are stacked in their favour.

But they can be beaten.

If I ever get in this sort of trouble, I'm coming to you for advice!

Good stuff Capt. I don't say no very often, and havn't yet tried with any 'legal' authorities.
However I have on a number of occassions now used a firm refusal to co-operate with banks and companies who try and impose their rules.
As you suggest a firm response - but this is a rule you are imposing, please show me where it is legally required - or the alternative - you have a legal duty to ... please do it now - does some amazing things!

I have been very transparent about these fights. All of the Notices used are on here somewhere.

No mystery, no magic, just open & honest questions of those demanding to be paid.

It is obviously a very young troll. Look how childish it is getting.

The first "no" is the hardest. After that it gets easier, and even enjoyable.

always one isn't there? Great read CR. Leaves one feeling full of umph and bottle

I never had one so moronic before.

I must be a genuine threat to its way of life. Mind you, judging by the quality of its comments, it is probably a solicitor.

I have made some changes to the way comments are posted.

The troll, fuck up that he/she is, has been getting on my last nerve. It spent the last 40 minutes posting shite. It is obviously an unemployed troll and has its teeth firmly clamped on the government tit.

Naturally, if I do not pay the government, the troll does not get its easy feed.

So I will redouble my efforts. I will attempt to kill two leeches with one no, as it were.

This will affect some of you and the way you comment. As an anonymous blogger, I fully support your right to comment anonymously but I don't know how else to get rid of Dickie Dickwad.

Let's hope he has a fatal heart attack now that I have stopped his infantile game.

thx CR ~ you're an inspiration, keep up the awesome!

No is indeed a powerful word.

They just don't know how to handle it.

I got a call (on my work landline at home, which I never gave to either Sky or the DCA) from the DCA. She says "Is this Captain Ranty?", I said "Who are you?". She says "I am the DCA".

"Are you Captain Ranty? I have to confirm that before we proceed, for security reasons".

"I'll confirm no such thing. I've never heard of you and I have no business with you", says I.

"Then I have to terminate this call" says she.

Captain, there is no legal requirement for a private limited company with a couple of shareholders to prepare auditted accounts. All that is required is an entry in the board minutes to that effect and a statement on the balance sheet to the effect that a resolution has been passed waving the requirement to an audit.

Any practicing accountant should know this and the requisite wording. HNRC have no right to insist on an audit in these circumstances and you were qite right to tell them to do one!

Same here RR, Even got the wife doing it now.

Keep up the good work Capn.

The Accountant I picked was bobbins. She gave me all sorts of shitty advice during that 3 year stint. Which is probably why there was nowt left at the end of every month.

She charged me £1,200 for those audited accounts.

Bob Hoskins was wrong. Sometimes it is definitely NOT good to talk.

think it would have been quicker
to have popped over to your house
with the link capt.

dd hope you wake up,was going to say something nasty,but will leave it at that.