On Monday I trot off to Sweden for a week.

We had a good time in Edinburgh. The main purpose was to take all of Number 1 Son's kit down as he has moved into a flat with his pal. He will be able to work the comedy circuit in both Edinburgh and Glasgow with ease from now on. He had been spending an inordinate amount of money and time getting to & from the comedy clubs in both cities. Aberdeen is now in mourning.

The other reason was to celebrate Mrs Ranty's birthday. Our wee herd did this with great success. Last night we went out for a nice meal and then we went to see Oliver! at the Edinburgh Playhouse. The ticket prices made my eyes water but it was a good production, with Brian Conley playing Fagin.There was some norkage, but not as much as Starlight Express. Both sons seemed disappointed. As was their father. All three Ranty males hid their disappointment from the matriarch, for obvious reasons.

Managed to get a parking ticket. Needless to say I have challenged it and will let you know the outcome. Parking is a fucking nightmare in Edinburgh. We paid around £80 in car parking fees over the four day break. This is scandalous. Edinburgh City Council must be one of the most immoral, but wealthiest councils in the country.

Since returning I have not been idle. I haz found some pics for you: 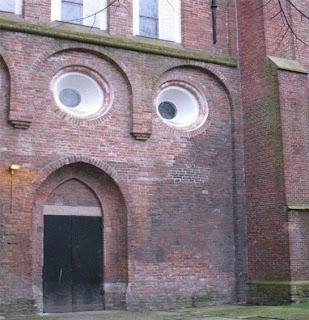 This is a shocked building. Who knew they had expressions? 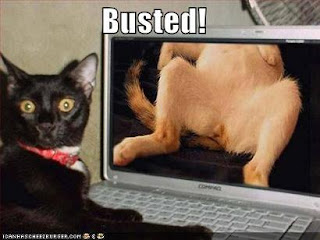 I am not entirely unsurprised to see this. The interwebs are run largely by, and for, cats. 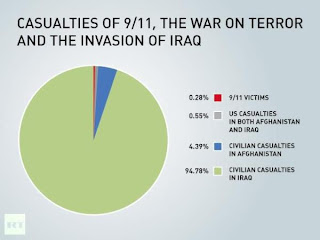 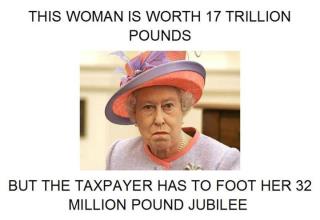 I missed the entire thing. As did Scotland, apparently. But we all chipped in....erm, voluntarily. 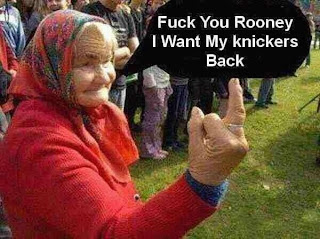 Who does she mean? Mickey, or Wayne?

Answers on a postcard please.

That's all I have. It's good to be back home for a few days.

Nothing much happening on the LR front. Although I have noticed a marked decrease in visits and comments. The decline has taken place over the last three or four months. This whole thing may have peaked, and judging by the love-fest surrounding the jubilee, I am not surprised. 62 million may be happy to grovel to an unlawful monarch but I am not. I am considering a wind-down. (The blogging, not the LR'ing).

Nice to have you back Captain.

Too busy rebellin' to be reading blogs every day mate. :)

I catch up when I can.

Stay on the path

I hear you, and I wish you all the best. It is hugely liberating.

I think I've told everyone where the path is.

The story is told. It's all here for those that wish to read it.

Daily visitor too. You are highly regarded by me and many others. I have often recommended your site to others. Plus - as I may have mentioned - I'm better off financially by asking for proof of claims. £4k not including interest. Losing the fear, though, is priceless. Salute to the Cap!

The Last Of The Few said...

So you see a we dip then think its maybe time to wind down.

Cheers for that, sod us loyal readers then.

Excuse the tone but pissed off at your last paragraph.

It is not a wee dip. It is significant.

That isn't really the issue. The apathy is, though.

You may be pissed off and I completely understand that. Now multiply your anger by 100 and you may understand how I feel.

But, everything you need is here. The blog can be used for reference at any time. Plenty of stuff in the archives.

It is not just your blog that is down ref stats Captain. You know what I do for a living and all the sites that I monitor have shown marked drops over the last six weeks. We have had a series of bank holidays, school holidays, jubilee pish etc etc.

One site I monitor is down 54% on visitors! They will come back.

I try and get on daily Capt. You are an inspiration which I pass on to as many as possible. Please carry on Sir.
Tickety

For this blog, the rot set in much earlier.

I'll mull it over some more.

I know I am very fortunate in having extremely loyal readers and commenters. The last paragraph is definitely NOT aimed at you and the others.

This blog strives to reach those who believe the world is just fine. It isn't fine, and growth has been too slow. The only way we can effect change is via education.

People have stopped coming to school.

I expect that I may be partly to blame for that. It is hard to milk the same cow for so long and it is even harder if people are fed up with the milking in the first place.

Chill; you don't have to blog constantly but it is nice to know how your campaigns are going.

I think that right at the moment people are poised to see which way events are running. I'm not expecting much to happen until September, when there will be the awful realization of how much the university tuition fees are going to cost. Then the race will be on to blame Nick Clegg.

Have a good time in Sweeden.

It may all just work out naturally anyway. More travel with this job so that may force me to write less.

In Sweden I am staying in a lakeside cabin (no hotel rooms available) and there is no internet.

Room for seven more if anyone wants to join me!

Don't you dare go anywhere Cap'n, we are still out here and we still need to hear your voice...