They screwed up on an almost hourly basis towards the end, and now there is a dearth of good blogging about them. It was fun though, wasn't it? Watching them self-destruct? I found it hugely entertaining and unbelievably satisfying. Even in death they are funny. As they plot their resurrection they have dug deep. They have produced several candidates for leading the new improved Zanu PF Labour party into the future.

And, to be fair, they have picked a couple of corkers. Check out the two Most Likely To Succeed: 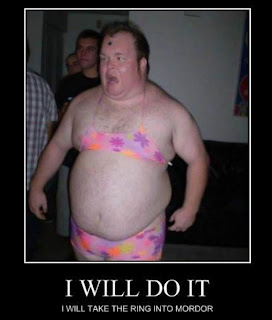 Diane Abbott, pictured clutching Labours integrity. All of it. (This is a rare snapshot of Diane with her eyes open. Do copy it. In a few years it will be worth a fortune on Ebay).

Both have eyelid "issues", but don't let that stop you voting for them in the leadership contest. And vote for them you must if we are to ensure that Labour never ever, ever regain power anywhere ever again. Ever.

Like everyone else I don't have too much to say about the LiTors. Yes, they have already fudged on promises made, but we anticipated that. Weasel words uttered by weasels. Who was surprised by that? We'll soon find out if those promises to listen to the people are honoured. The campaign to get CMD to answer some basic sovereignty questions will be most revealing. Do join me in this endeavour. 40p to find out if Ding is listening or not is a small price to pay.

Welcome to the ConDemNation. It is marginally better that the joke government run by Colostomy Brown and his Unskilled Clowns. But it is early days yet. They have plenty of time to screw us.

Like you, I have been watching the NuCrew closely.

But I have a feeling that they will be nowhere near as entertaining as the last lot......

I don't know about missing Labour CR, and I know this lot have only been in a few weeks but they sure as hell are just as bad, especially on the EU front!

They were comedy gold. It was easy to tear them apart.

This new lot have been tedious so far, by comparison.

The EU has become the testing ground. (For me). Let's see if they offer any resistance to the monster in Brussels.

If they don't, it's open season as far as I am concerned.

I'm sure Compo and Cleggy will give us plenty of fun - just give 'em time to settle-in and really start to screw us.

But I am a numpty when it comes to adding stuff. I always break something.

If you can write me an idiots guide I will happily add it.

At the bottom of the linked post, there's a step by step explanation of how it's done in Blogger. :-)