It sounds simple, because it is.

Take a look at this report.

At first glance, it looks innocuous, but read it the way I have been reading this stuff and the differences are alarming. What in blue blazes is a story like this doing in the MSM?

"A district judge has given the go-ahead to a private prosecution against two Metropolitan police officers alleged to have kidnapped a man and threatened unlawful violence when they arrested him at his home, the Guardian has learned."

"Sergeant Gareth Blackburn and Detective Constable Stephen MacDonald have been summoned to appear in court next month. The issuing of a summons by a district judge against police officers is believed to be rare."

"Rare"? You can fucking say that again.

"Both officers are alleged to have carried Doherty away "when you had no lawful authority to do so. There was no consent from the victim and you used unlawful violence to carry out this kidnap."

No lawful authority. No consent. Unlawful.

Read the whole thing to put it into context.

Read, especially read, the part about no consent and the repeated use of the words unlawful and unlawfully.

Remove your consent and you remove ALL of their rights to act against you.

This is a judge that knows what she is talking about. Now we need to clone her and replace all of those fakers running Administrative Courts and we will finally be getting somewhere.

For decades we have completely ignored the law in favour of statutes. At the risk of repeating myself: the law is solid gold, and statutes are plastic. Your inherent rights, your natural rights, are solid gold. Benefits and priveleges, are just cheap, shoddy plastic.

Learn the difference, for fucks sake.

Learn the difference and liberate your self.

Learn the difference and pity those drones that want this, that need this, those that beg for this shitty treatment. Be disgusted because they deserve this treatment.

You deserve so much better.

Have a look at this: 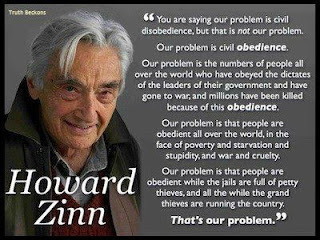 Lends credence to the old mantra that knowledge is power....and this isn't even advanced stuff. Everyone has to at least do the basic background work otherwise they are wasting their time and sitting targets.

You know what Rantus I suspected it might be this simple all along - i think this confirms it ;) "Your stats cannot harm me, the law is like a shield of steel" :P

No is the most powerful word in the English language.
It immediately stops the statist in their tracks as they have been taught to assume a yes.

Consent is fundamental to state control.
Follow up the initial no with the phrase 'I do not consent' and enjoy the reaction as someone who has just been rendered powerless by a few words.

The only bad thing about this case is that it has taken almost 4 years to get it into the public domain and it will be even longer to get it into court.

The Met opposed the summons

You fucking bet they did

A wise man.
He would have been royally fucked if he had not had the foresight to record his phone calls.

There's what you know and then your readers, then anyone prepared to take on the police and other authorities - to an extent I have and it certainly keeps them at a distance for some time - and then there are people who neither believe nor will test it out.

The authorities know what they can get away with. I'm amazed that things I was threatened with have not materialized in many cases.

Inspired by this post of yours (among many) and the Lioness I am creating my own immunity card to carry with me at all times and this is what I've decided will go on it:

READ THIS
My declaration of truth:
•England is a Common Law jurisdiction and I am an English man/woman.
•As a free born man/woman of England I claim and retain all my inalienable rights and waive none.
•It is my duty as a native inhabitant of England and Great Britain to adhere to and uphold the true law of my country – Common Law.
•I do not acknowledge statute law and it is my duty to resist all attempts to impose statute law upon me.
•Any attempt to hinder or prevent my going about my lawful business under the true Common Law of this land will be in breach of this law and will incur immediate remedy from the perpetrator of ___

Understand, it is your duty to know the law of the land – Common Law. Ignorance of this law is no defence. Make sure you know this
before making any attempt to arrest or hinder me in any way.

Everyone is free to use this if they feel it is useful. I think I've covered everything in it.
As you rightly said

I agree. We just need to clearly declare our truth and duty and point out that if they attempt to lay a finger on us they're in deep doo doo.

Will writing in purple pen 'purple is for sovereigns' and writing 'accepted for value' on the summons and making some out of context comment to the judge get the coppers off the summons though? Will the coppers be able to argue that the strawmen on the summons are not really them? Will they be persuaded to buy a book that, because a barrister says is completely legitimate - ranty will say is somehow inspired? Will ranty ever tell us what exactly we have to do to in order to find out why nothing these freedom on the land idiots ever amounts to anything other than some louts screaming 'I now have full jurisdiction' over this court ' while everyone talks over each other? It's bollocks it means nothing. In the case which is pointed out here 'unlawful' is not a magic word it is just a report about coppers over stepping their authority without a warrant issued by a magistrate - without a warrant there is no way a copper can enter your property or cart you off without your consent. There is nothing enlightening about the use - I doubt a magistrate would know the difference between unlawful and illegal. More likely the magistrate is just a middle class volunteer that know the basics of the right of entry and is rightly allowing a private prosecution to go ahead. Actually magistrates are normally always the first point of entry for all criminal cases- normally- not always. There is no mystery Ranty - grow up!