Is It Just Me?

Or is anyone else really, really angry about the amount of piss those MPs take? 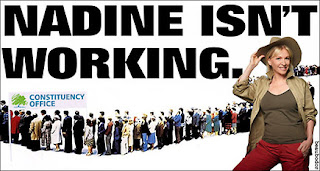 This woman decided to fuck off to the jungle to take part in a TV show. For a month. On full pay. AND she will get £40,000 from the producers of the show.

This is a public servant. Her constituents elected her to represent them in parliament. You and I pay her wages, her expenses, and we ensure she gets discounted booze in the House of Commons bars and we make sure she doesn't have to pay full whack for her scoff in the HoC canteens/restaurants. If she is especially peckish, we will bung her £100-£160 per week for additional groceries. 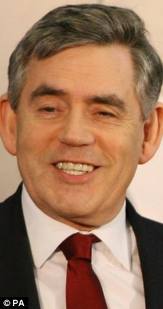 This grinning gibbon clung on to the door of No 10 in May 2010 like his life depended on it. He just didn't want to leave. We had to embarrass the fuckwit out of there. He left. He headed north.

This is a public servant. His constituents elected him to represent them in parliament. You and I pay his wages, his expenses, and we ensure he gets discounted booze in the House of Commons bars and we make sure he doesn't have to pay full whack for his scoff in the HoC canteens/restaurants. If he is especially peckish, we will bung him £100-£160 per week for additional groceries.

He seems to have forgotten that he works in Westminster. The idle twat has showed up for work less than 10 times in the last two and half years. WE pay him £65,000 a year. For which he does the square root of fuck all. Nice work if you can get it, eh?

I don't know about you, but I have had a bellyfull. Why do we allow this shit to continue? Why haven't we looked out our pitchforks and charged down there? Even if we did, what the fuck can we do about these piss-takers?

If they aren't all rubbing their wrists constantly (because of all the RSI caused by filling in expense sheets relentlessly), or counting all the our money from renting out flats to each other, and getting away with it AND staying in office, they are on the telly talking shite. Endlessly.

In the background, over THREE AND A HALF THOUSAND pieces of legislation have been shat out by these career politicians in 2012. Seriously. 3,501 3,524* so far. Endless regulations. Layer upon layer of new rules that they cannot possible examine, read, ratify and vote on. There just aren't enough hours in the day. I know, because I tried to keep up with them one day. With no distractions whatsoever I failed to read and completely understand the 26 new laws they vomited out in that single day. If I couldn't do it, I see no reason how they could either.

The legislative process is not difficult to get your head around. It is the sheer volume that stuns me.

This shit has to end.

Just to deal with Witney, how can my Member of Parliament represent me in any grievance with the government when he is the Government and the one deciding government policy? Suppose the entire constituency of Witney (72,000+),or a vast majority, signed a declaration asking Cameron to vote against a particular policy?

Have we in Witney not been disenfranchised since May 2010?

Methinks a sense of perspective is required?

ready for civil unrest Ranty? I'll join ya anyday cos all these wankers are taking the piss 24-7!

Regarding the legislation, that's it though, bamboozle and confuse through sheer drivel and gobbledegook. Look at legal..the jargon increases exponentially. Money traders...some of the algorithms are now so complex that only a handful at the top of their game understand them and use it to stay one step ahead of the ''regulators''
The Uk Tax Code handbook is now more than 11500 pages long.
It's all used to cause exasperation and diversion, then when you get arrested for using a strong word on twitter, fbook etc. they can say '' the law is in there somewhere''
Fucks me right off too. I can't even comment on nadine or snotty pisspants because my head will explode into a thousand seething shards.
Nothing like a good rant, thanks Capt'n!

So how the fuck is so much legislation shat out if most of the fucks are hardly ever there?

Most of this Shit is from the EU, our lot just rubber stamp them into 'Law'.
No debate, no 'consideration' no amendments from the LORDS, nothing. Like it or pay the Fuckin' fines, you plebs...Nice!

I'm with Witterings. My MP is the speaker and doesn't even vote. The one time I contacted him he just passed my question onto the civil service to answer. Waste of time contacting him.

I've got to say I'm getting pissed off that TV producers decide that the shit-eating, cock-swallowing, delusional vermin we call politicians can be classed as celebrities! I'll watch it if we can either hang/shot/burn/disembowel/explode/catapult into a dam wall/see who can fly the furthest across the Grand Canyon with a bed sheet or hanky?/slowest drop from Felix's balloon without the suit 'n' chute etc.? them all on live TV... We could call it '650 fun and amusing ways to deselect an MP'

P.S. Do endemol read this 'cos it's my idea and I want my cut of the gravy train please

Fuck them all, our day is in sight, the sooner we have the plod and army on our side the better, they are all not that stupid are they ?

FORGET NADINE GOING TO AUSSIE FOR A MONTH. i WISH ALL 650 WOULD PISS OFF FOR YEARS,PREFERABLY TO SOMEWHERE WHERE THEY COULD BE EATEN BY SOMETHING MORE DANGEROUS THAN A kOALA

Powerful stuff Captain. I also wonder what is keeping everyone from storming parliament, dragging them out and hanging the bastards. How much longer are they going to get away with pilfering our pockets whilst kicking us in the face? What the bloody hell IS stopping us and will the dam ever break?

On an hourly rate that snot-gobbling sexual deviant cunt gets paid about 10x what Rooney gets. At least Rooney provides some sort of entertainment to paying customers. The only time I'd willingly pay to see Brown is hanging, by piano wire, from a lamp post.
Paris Claims

'I don't know about you, but I have had a bellyfull. Why do we allow this shit to continue? Why haven't we looked out our pitchforks and charged down there? Even if we did, what the fuck can we do about these piss-takers?'

1. I don't, you don't and presumably most of your viewers don't. Those intelligent and wise souls who DO NOT vote must not be held comparable to those who do and therefore non complicit with the resultant societal and humanity destroying actions of elected puppet politicians.

2. We don't march down to westminster because firstly, those 'in the know' are few and far between and there's a high likelihood of not only being arrested by the elite protectors - the filth, but stigmatised by the the MSM and turned into social pariahs, sullied and lambasted by the very arseholes we're trying to liberate. And secondly, considering that the establishments (politics, judiciary, MSM, police and academia) are all in bed with one another, doing so would be pissing against a waterfall as all would instantly rush to protect one another. We have allowed parasites to embed themselves deep within the fabrics of our society, who are not only leeching our very life blood for survival but have a 'self destruct' mechanism should they come under attack.

There is nothing that WILL be done with these fuckers. There's alot that can, but until people see who the enemy are and why they do what they do, the enemy within will not only stay completely in control, but continue to build impenetrable defenses via the aforementioned establishments they totally control. The emperor is naked, yet the people continue to praise his wonderful clothing. The public is an animal without a head - clueless, wilfully ignorant and nothing but a mindless automaton. This is why things are the way they are. They deserve the society they live in cap'n.

What happened to the legislation which was supposed to allow these 'absent' MPs to be recalled by their constituents?

When this woman campaigned for her Parliamentary seat, she more or less said, "Vote for me and I will represent you and everyone in this constituency." Now she sods off to the land of the Bush Tucker Trial mid term, for money, and is therefore unable to represent her constituents. She has broken her contract with the people and not only sacked, but sued for breach of contract. Oh, I forgot. This is a politician I am talking about, so the normal rules of contract, employment, cheating, fraud, lying, etc, don't apply. Not only will she keep her job (and the extra money) but she'll probably be re-elected!

I was thinking - if you look at her from a certain angle and in a particular light, she can scrub up quite well.

Yup. Piano wire. Lamp posts. The only practical solution that presents itself. The time is fast approaching. You'll know they've got wind of it when they ban pianos.

Your MP is just your local paedo-mafia front-person. Their job is to excuse, condone, and cover-up the sick criminality of their bosses, while getting paid very well.

Cap'n, do you not think it's time you stopped being shocked that the criminally insane behave badly? That is what they do...

The establishment are satan-worshipping, child molesting, psychopaths... Really, skipping off work is the least of their sins. In fact, imagine how much good Gordon Brown has done by just not being there to fuck things up even more...

I think they should all piss off to the jungle, and stay there... ;^)

There's a lot of talk these days on forums about guillotines, piano-wire and streetlamps, and opportunities for rope-sellers - in relation to banksters, MPs & other nonces...

While violent retribution is a) satisfying, b) ever popular, and c) totally condoned by the Law of the Old Testament, it is not the best solution IMHO...

What we all want is simple justice, a return to the rule of LAW. The real law is simple, and we all already know it. That's why it's the Common Law.

The solution to all this is to:
- Get organised
- Set up our own Courts & Juries
- Try the cunts - according to law
- Put them in a zoo-prison where folks can come and see the animals.

I'd happily take the kids for a day out to see Blair throwing his own shit at Jack Straw. What larks!

I agree with Tim above (9 November 2012 19:27). I've been thinking about just what he's written for a while now and the people need to throw out the judiciary and instil wise people with common law understanding and full juries always. They need to sack ALL police and with the new judiciary have them sign an oath to represent the people and not royalty. They need to be alien to all secret organisations and 100% accountable for their actions - one law for all.

So I'm the only one who is quite pleased Dorries is out in the jungle where she can't do any harm, and wishes we could send the whole lot of them there for a month at the very least?

They are the problem, why is there this big call to get them at their desk working their hare-brained arses off? It only encourages them to write legislation to prove they're doing something.

Only one answer; Secede. Co-operate as little as possible. Cop a deaf 'un. Live to rule, as it were.

they brought in the smoking ban but it doesn't apply in palaces. BaSTARDS.