And if you are hell-bent on finding someone to blame, look in a mirror.

Not content with watching us on five million cameras, the overlords now want additional powers to listen, read and record our communiques as well.

Let's look at the piece, which can be found here

It starts badly, and ends up being quite terrifying. And, through it all, remember that the people who want to do the watching and the listening and the transcribing are all paid by.....YOU.

Oh, the excuse is the usual: "To combat terrorism". (They use the same legislation to prosecute people for having bins out too early, or if they don't quite close the lid on the bin).

A report by an influential committee of MPs tells how spooks are keen to implement a nationwide surveillance regime aimed at logging nearly everything Britons do and say online.'

'The government argues that swift access to communications data is critical to the fight against terrorism and other high-level crime, but it has been delayed after the Liberal Democrats dropped support for the bill. '

'The services that might be targeted by the probes weren't identified, although Facebook, Twitter, Hotmail, and Google Chat are all popular in Britain and were among the services named elsewhere in the report.'

and, be very afraid:

'The next two paragraphs were completely blanked out.'
Of course they were. No need for the fucking proles to know exactly what the sneaky bastards are doing, eh?
My advice?
Order in a truckload of this: 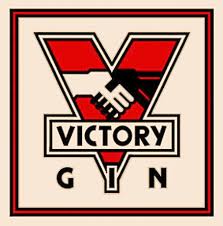 Nothing else makes any sense.
Mind you, on the day this comes to pass, and it will because we are a nation of idiots, I will be logging off. I have no desire for this government, or any other, to invade my privacy in this way.
So, if one day you swing by only to find that I have fucked off, this will be the reason.
CR.

In respect of CCTV, the Germans (bless 'em) have invented a new game. Check out http://www.wired.com/threatlevel/2013/01/camover-targets-cctvs/ and be sure to watch the vid. I'd love to see this happen here.

As for the Internet snooping, well there are easy ways to thwart these cunts from spying on us. Although, we shouldn't let them get away with even attempting to do so. I believe you're right that we'll let them do it to us. We always do...

(Hey, I only needed to refresh the captcha robot check 10 times before I one came up that I could read. Woo-hoo! Progress!)

Heading over to that link now.

I will soon be moving to WordPress so you may be spared the ordeal.

My personal refresh record is 22. I cheered when my comment was accepted.

I just watched the clip.

I wholly endorse this movement!

Excellent. Let's order up some super-soakers and black paint. :) Given the activity involved, it could simultaneously solve the so-called "obesity epidemic." :P

We'd have to simultaneously kill all telly transmitters to get folk off their couches.....

"We'd have to simultaneously kill all telly transmitters to get folk off their couches....."

I am a gin man. For medicinal reasons. Quinine and all that. For Africa. Honest injun.

The space wonks describe an asteroid missing us by 17,000 miles as a "near miss".

Forgive me for not fouling my underwear.

This is on the Data Bill, isn't it, so it would appear to be part of the initial reanimation stages as it's meant to be coming back AGAIN, possibly before the end of the current session.

The evidence from a variety of individuals/organisations, along with the report, is useful:
- http://www.parliament.uk/business/committees/committees-a-z/joint-select/draft-communications-bill/publications/

The MSM portrayed this as a "mauling", saying that the govt was going to have to go "back to the drawing board", etc. They minimised the key quote from the report, namely: "There is a case for legislation".

Neither did they point out that the Bill is a creation of the civil serpents in the Home Office, particularly ex-spook Charles Farr who also pushed the Intercept Modernisation Programme, which was dusted off in July 2010 just months after the Coagulation formed and became the CCDP/Data Bill. Don't forget the "commitment" in the Coagulation Agreement not to store such data "without good reason", that last being the out clause. Oh look! We've got a "good reason" after all.

Statement after statement pointed out that technologies already exist that would, to quote the Info Commissioner, "frustrate the purposes of this Bill". I'm using several right now.

Unless you have control of the chain or use GPG, assume all email is accessible by someone else.

The IntSec report blanks out those who already provide comms data by means of DPI. I don't know why, as it's clear in the submissions on the Data Bill, e.g.

"At present, BT has DPI capacity on about 100,000 lines; let us say 1% of the total. The other four or five big providers probably have been told to install something similar. With this capacity, in my view, you could have a regime of targeted communications data preservation, in that the software in the boxes that provide service to the 200,000 or so most suspected individuals in Britain could, right now, harvest communications data and retain it for later use. There is absolutely no reason why that cannot be done right now by GCHQ."

"We understand that BT already has the DPI capacity (installed for the purposes of interception) to monitor about 100,000 Internet subscribers. The other big ISPs presumably have as much again, and GCHQ no doubt has further capacity on backbone links."

This bit also had a part that was asterisked out:

Farr, who disingenuously claims that DPI is not a main part of the bill (yeah...), came out with this equally vague bit, which may be what they are referring to:

"I am satisfied that with the techniques that are being developed, which will be facilitated by retention of a kind envisaged in this legislation, many workarounds can be defeated."

However he goes on to mention the "capability gap" - the made up figure of 25% of comms data that cannot presently be monitored using existing "laws" and technologies - would only go down to 15% anyway. So even their own sales pitch contains the admission that they can't monitor everything. (I also think it important to note that the Home Office envisaged using our old friend, the SI, as a means of plugging the gap should it widen again.)

If either of those are incorrect assumptions then I invite the IntSec Committee to "un-asterisk" those parts of its document.

Chick on the link to CHAT ROOM
and join the FUN

Actually, considering geostationary broadcast satellites are 22,000 miles out, it IS rather close! And quite how they can be sure it won't clobber one of the thousands of other satellites, in various orbits is something I'd love to know.

I refuse to be held accountable for the actions of amoeba, other insensate unicellular organisms and the general unthinking 90% of people in Britain today. I can only seek to enlighten so many of the daft fuckers every day, and then they go immediately back to sleep..

Anyway, gin tastes fuckin awful so it's a bottle of the old Glenmorangie Chardonnay for me, every time.

Love the article. Now do a follow up of peaceful, happy servitude with a take on Brave New World.

I don't need to repeat myself cap'n. You know where I stand. I got one of the issues sorted out with the bank (and compensation).

While over in America, the rev Jesse Jackson has now called for martial law to be imposed on Chicago. Classic problem, reaction and solution scenario. Make life so shit for people that eventually they'll beg for government intervention. And bless, the poor darlings think it's all just happenchance. If Americans think America's bad now wait 'til they drop down to our level of austerity. I propose the same situation that happened in Zimbabwe and South Africa's whites to happen to European Americans. Race wars are just around the corner.

And police are now working alongside energy companies in the USA and arresting people who refuse smart meters.

But all is ok. They've got TV, the music and film industries to keep them all comfortably numb AND dumb. LOL

I've already got one of these 'black boxes'. It's been allowing me to monitor the internet for 15 years or more. You can buy them at Curry's. And you plug them into the wall. And some of them actually are black, just like mine.

If the covernment had the slightest of intention of combatting terrorism they wouldn't let 10s of thousands of muslims in the country every year. Nor would they allow mosques and madrassas to spout up in every town.
Paris Claims