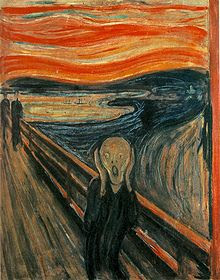 This is brilliant, factual and scary.  This is more than just another post. This is yet another reminder that our country is in a monumental mess. This also reminds us of what can happen when we do not keep Westminster Village under a tight rein.

I have reposted it here in toto because I believe it deserves much more oxygen. I hope Mr Charon forgives me. I added my thoughts in his comments section and I have included them below.

Thank you Mr Charon, and thank you Goodnight Vienna over at Calling England for leading this old horse to the water. I drank deeply.

Imagine a country where the right to trial by jury has been undermined, where an individual can be tried twice – the rule on double jeopardy abandoned – where well over 3000 new crimes have been enacted in the past ten years; where racial, sexuality and religious tensions are said to need the protection and might of law.

Imagine a country where the chief justice and many leading judges fear for the future of justice and civil liberties because the government of that country has eroded civil liberties in the name of countering terror and has reduced support for those of limited means, and vulnerable people, to fight their corner and pay for lawyers.

Imagine a country where people are imprisoned without charge for 28 days (42 days was defeated).

Imagine a country where the right to speak freely is restricted and individuals can be threatened by lawyers who can simply telephone a judge in Chambers to restrict them from speaking out, on what may well be a matter of great public importance, to protect sectional and very private corporate interests, where attempts to restrict the reporting of the proceedings of the press are routinely granted through the use of super-injunctions and, latterly, a country with laws which allowed lawyers to attempt to restrict the reporting of proceedings in parliament itself.

Imagine a country that leads the world in CCTV surveillance with more cameras per head of population than any other on Earth.

Imagine a country where not only the police but local authorities and other civilian bodies can routinely spy on you, intercept your email, bug your phone and can intrude to examine your bank accounts and then, even for quite minor offences, can seize your assets, freeze your bank account and seize and crush your car; powers intended to tackle terror and organised crime but which now will, inevitably, be used for far less serious offences.

Imagine a country which has restricted the money paid to experienced criminal lawyers with the result that many lawyers can no longer afford to practice in the field and the quality of representation may decline as a result.

Imagine a country with over 85,000 people in jail, a country where the Justice Ministry wants yet more prisons and even considered hiring prison ships from elsewhere.

Imagine a country where the government uses the device of statutory instrument to slide controversial legislation through into law without the eyes of the public, expert commentators or members of parliament being able to see, or objective minds, to consider those laws.

You don’t need to imagine such a country. You are living in it.

Imagine a man whose only ambition was to lead a quiet unassuming life and care for his family.

Imagine a man who served his country for seven years.

Imagine a man who had taken almost nothing from the state.

Imagine a man with almost zero desire to learn about politics.

Imagine a man who “fitted in” and was the very model of a corporate citizen.

Imagine a man who become so enraged he entered Lawful Rebellion.

Imagine a man who became so disenchanted with “the establishment” that he declared himself a Freeman On The Land.

Imagine a man whose sole ambition now is cause havoc for the government of the day.

Good find, Ranty. As Charon QC points out, the list is virtually endless.

May these traitors pay for their crimes against their own nation.

I'm reading your blog from the beginning CR and making copies of your formal letters to add to the folder I'm building. I hope others think about doing the same. Thanks for the linkback (or whatever it's called)

I like you was never interested in politics it wasnt till they banned smoking in my local that i started to take an interest,it woke me up,they politicised me,the fucking bastards il never forgive em.

If the mess they caused was by accident, they deserve prison.

If the mess was caused by design, they should be flayed and dipped in rock salt.

Either way they desrve harsh treatment.

Forgive me for the trivial stuff.

There is gold in there somewhere, but I just pointed it out.

"If I have seen far, it is because I stood on the shoulders of giants".

So much help, so little time to thank the geniuses I am surrounded (and supported) by.

I feel your pain. The smoking ban woke me up too. I saw it for what it was.

I defend the fat.

I defend the drinkers.

I defend the smokers of tobacco, and other, more exotic, herbs.

I defend the stupid.

I defend the insane.

I defend them all in the hope that they will defend me.

Yes, absolutely. I was telling someone about the case of Robert Menard over in Canada who pioneered a lot of this stuff. He was (if I'm not mistaken) a stand-up comedian and only that until they took his kid away, with the kind of impunity and breathtaking arrogance they have come to expect and enjoy. Result? They created an activist. An eloquent, Christian, motivated pain in the arse.

I think there is something worse coming along, something these SOBs are working towards. Why? Because they're pushing this stuff too fast. The smoking stuff; the banking stuff; the expenses; the insane legislation undermining adult/child/family issues. They're pushing it all so hard, so fast, so blatantly that they're creating an enormous groundswell of resentment and reaction. Almost the entire population has been affected by one stricture or another, and everyone's pissed off.

It is creating activists of us all. And it's about bloody time.

Yes, I think it was Robert:Menard I saw first. I remember hearing his story about the way his little girl was snatched and how hopeless he felt. That one act by the Canadian authorities sparked off something tremendous, and they are paying in heavy coin for it now.

After watching several of his videos I tried to find a movement in the UK. I found TPUC first, then the FMOTL forum. I was ultra-impressed with John Harris. Here was a man so despondent that he took action, and it was against the queen, someone he had genuinely admired all of his life.

I don't know what is heading our way but we need to be fighting it with every fibre of our being.

We are now seeing dozens of groups emerging and the common thread is that we hate what we are witnessing. I think what we need is cohesion; someone to pull us all together.

Differences need to be put aside for now to ensure victory.