Apologies for my absence for the last few days. My son and I went to big fancy London as he was a finalist in the Laughing Horse stand-up competition. This is the biggest national competition we have for new acts and my son had beaten over 1,000 entrants to reach this stage of the competition. Sadly, he did not make the cut. I thought the result was wrong. The audience warmed to him very quickly and he had us all in stitches. Even the barmaid, who laughed at none of the other eleven acts, was shrieking with laughter. I had him placed first or second, but it was not to be. Still, we had a good time together, and that was important for me. We had arranged to meet fellow blogger Ampers, but the judging dragged on longer than we thought and the rendezvous at The Wellington near Waterloo never happened. Sorry mate, let's do it again another time.

Anyhoo, here are some pictures I found on the interwebs this week for you to look at: 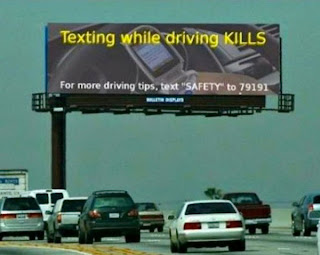 Sound advice this. Lord Ahmed probably missed it. Although, 16 days in an open nick is punishment enough for killing a man on the motorway, non? 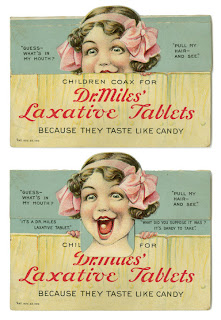 This is a disturbing advert from 1910 or so. 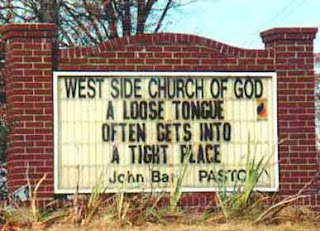 Erm, yes. But only if both parties are willing. 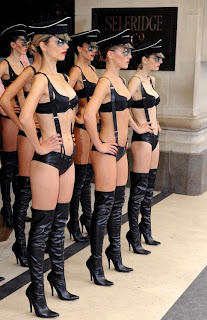 The new security team at Selfridge's were keen to get started. (As were the shoplifters...) 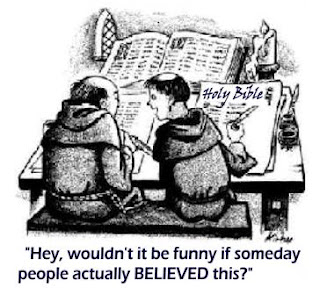 One for the religious. 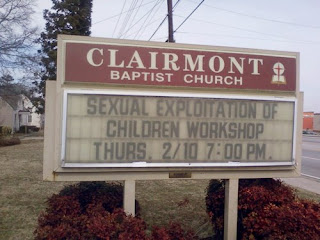 Are you a child living in Clairmont? Be afraid. 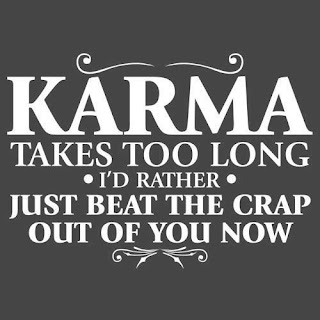 Very true. Let's go find the baptist preacher in Clairmont and put this into practise...

I hereby dedicate this one to all lefties. And trolls. 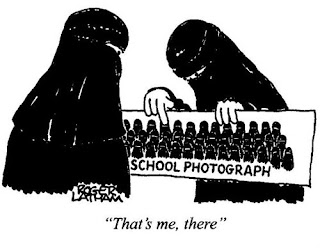 Since we have already offended the Christians, it seems fair to upset the Muslims too. 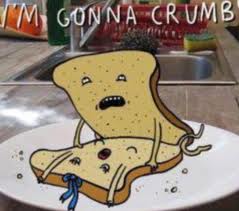 This is happening right now. In your breadbin.

Have a great weekend. So that's how the small breads are made.
Shame about the kid. But good you had a great time.

There's this phenomenon called 'gatekeepers' in any talent or ability competition. They make sure only their own kind get prizes and rewards. Take the Nobel Prize for instance, or Damien Hirst. Hope yous all had fun anyway.

The general consensus was that they want a London act to win the competition. The winner will be promoted in and around London and will get bookings at Laughing Horse comedy clubs across London.

Still, my son is not bitter. For him, it's onwards and upwards. He will move to Edinburgh soon and he will be able to get more gigs there and in Glasgow. He has great talent and I am certain he will make it.

We had a great time before, during and after the competition.

This is the biggest national competition we have for new acts

The Amused Moose Laugh Off is higher profile and is seen by more industry scouts. I'd recommend your son contact Hils Jago (hilsjago@amusedmoose.com).

I just got back from taking him for the bus to Edinburgh. He is an entrant on the Amused Moose and is auditioning tomorrow.

If he gets through the audition (they have just 90 seconds!) he goes into the heats at 4:30 pm and then the final at 7pm.

You keep banging on about Lord Ahmed but he wasn't as guilty as you think and was locked up as a result of a vendetta against him...
His solicitor Steve Smith of Wilford Smith and co, Rotherham, was telling me about the case... Lord Ahmed had sent a text message 15 minutes before the accident happened so was not texting at the time. Steve told me also that there were "dark forces" making sure Ahmed was going to jail.
Maybe he had something on TPTB, I don't know but he was hung out to dry.

Love the blog Ranty, I just thought I'd give you some background.

He didn't hang out to dry for very long though, did he?

16 days in a soft nick for a wrongful death isn't right at all.

Have a look at Olly Cromwell's case: he is facing 180 days in gaol for calling a councillor a cunt.

You are right though: none of us know exactly what happened that day. Just Ahmed and the dead guy. And the dead guy isn't saying much. My guess is that if he could speak, he'd be saying a fortnight in gaol for taking his life wasn't fair at all.

I'd be very interested to know why TPTB were so enraged at one of their own.

Christ knows none of them are fighting for us, and that is just about the only reason they could be upset. (Unless, of course, you know different).

Was he travelling in an Ahmed car?