Pick A Team, Any Team 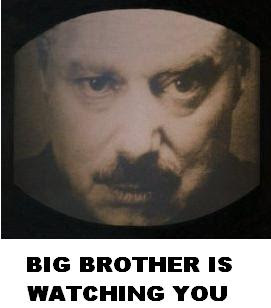 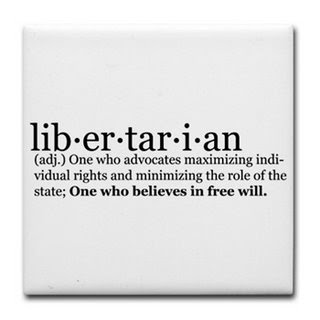 If you pick Labour, Tory or the Lib Dims, you are stuck with being spied upon forever. Nothing will change. Well, perhaps we will slide further towards Eric Blair's nightmare vision of the present future, but none of them want to put away the ban stick just yet. Beating the shit out of the little people is what they do best. They get off on it. Pick this immoral bunch of thieving muppets and you deserve everything you get. They are not for me. Try as I might, I have trouble fitting a fag paper between them. Back in the day they used to actually have differing policies. That way you had some idea of what you were in for. UKIP took the Labour Party to court last year, and the not-too-surprising judgement was that Manifesto promises are worthless. I for one, will never believe any of them, about anything, ever again. I am done with "mainstream" politics. All they do is lead us deeper and deeper into the shit. Their time is over.

If you value your freedom, and feel able to take responsibility for your own actions, I would advise picking someone new. If you end up in the shit it will be because you picked that particular road. It will be a rude awakening for some, having no-one to blame for the stupid decisions they made. Spilt coffee on yourself in a restaurant? Stay the fuck away from hot coffee. You are not yet mature enough to handle hot drinks. Fall over in Tesco getting the shopping in? Watch where you are going, you dozy bastard.

I want something new, something invigorating and fresh. I want politicians that allow me to make mistakes. I think LPUK fits the bill.

They want to give me things. And I want to take them. LPUK are the polar opposite of the clowns we have spitting and fighting with each other every day regarding who will waste less of our money, and who will fuck us up the least. Sadly, the answer is "none of the above".

I want my freedom back. I need to make my own choices. I demand the right to live with decisions I have made all by myself.

Have a look at what my friend the upwardly biting underdog has to say. This is utterly brilliant and so close to my personal philosophy it is uncanny. It absolutely oozes common sense. This is one sense we badly need to recapture. Most days when I steal a peep at the sheeple I am convinced that they have undergone some sort of mass common-sense-ectomy. It's time for a drastic change.

Over to Mr Leg Iron:

1) I am not a member of anything. I don't speak for the Libertarian Party and even if I join, I won't be speaking for the party because if they have any sense they won't let me near the reins of power. I like to press buttons just to see what they do. To paraphrase Groucho Marx, I'm not sure I want to join any club that would let people like me in. Joining something is, for me at least, a big decision. I once joined a union and that didn't work out too well, so I have to think long and hard before committing to any group.

2) This post has been sponsored by non-approved and soon to be illegal quantities of Glen Grant.

Right. This is what I think libertarianism means and it's not based on anything other than my own random thought processes. Party members are welcome to correct me.

There is some fear of the Libertarian movement among the big three parties. I base this conclusion on labels like 'xenophobic' and 'far right' and 'BNP-like'. They are scared. With good reason. So there is a lot of talk of 'libertarian=anarchist' and 'they'll just let everyone do whatever they please' and so on.

To an extent, yes. But it's not libertinism. You can do pretty much what you please but you must accept responsibility for your actions. There can be no 'it was my upbringing' or 'it was my culture somewhere else' or 'it's a fair cop, but society is to blame'. You did it, you deal with it.

So if you want to build an extension that looks like something from 'A Series Of Unfortunate Events', go ahead. If it falls over and smashes your neighbour's shed, you'll be liable. Not the planning committee. Not the builder. Not the architect. You. You will have to compensate your neighbour. If someone is hurt, you'll go to jail and pay compensation too. it'll take a few years to sink in, but once people work out that they won't get off with excuses any more, most will start to act with some responsibility.

Libertarianism does not mean the absence of law or the disbanding of the police. It means fewer and simpler laws that are easy to understand and follow. It means a policeman would give you a ticking off for dropping litter rather than fining you, taking your fingerprints and DNA and recording all your details on five miles of paperwork. He won't even need to ask your name. All he'll ask is that you pick up your own crap and deal with it yourself. Like they used to in the old days. He'll still have authority and if you want to kick off, he'll have the power to deal with that. But it won't be his automatic response and if you just pick up the crap, he won't even have to report it back at the station.

No targets. Also, no limits. If several months go by where nobody in an area causes a problem, the police don't need to make arrests. If a ruckus kicks off because some bunch of idiots want to clawhammer someone, the police can arrest them all. You are free to do whatever you want in Libertarianism as long as it hurts nobody else. Cause trouble and the proverbial ton of bricks comes into play.

Should you steal, rape, kill, or otherwise damage someone else, expect a long prison sentence. Prisons will have room for long-term inmates because they won't be occupied by people who grow a bit of weed for their own use, or shout a bit of abuse across the street. Sticks and stones, prison. Words, no real harm. Like the old days when the British were real people rather than the professionally offended infants they have been made to be now. Libertarianism, to me, is forcing the country to grow up. It's time, don't you think?

Pause and think for a moment. Recall the news you've read recently. How many complaints to the police, how many charges, how many court appearances, how many prison sentences can be described as 'SIr, Sir, the naughty boy called me a bad name'? The police are obliged to respond. The courts are bound by the law. They enforce something that real people grew out of when they were nine.

I don't agree with every Libertarian out there but that's not a weakness in the party. It's the point. People are individuals. If every Libertarian toed the party line, they'd be like the drones of Labour, Tory or Libby Dimmies. The party is forged on concensus, not blind obedience. I would never join authoritarian parites like the big three, the Greens, the BNP or even the Monster Raving Loonies because to do so, you must accept the manifesto as it stands . You cannot argue. No discussion is allowed. That's the rule book you signed up to, now follow it. Sod that.

Take drinking and driving. Some Libertarians maintain that there's no harm done as long as you make it home safely. I don't agree with that but I do think that drunk driving, as oppposed to driving over some arbitrary limit, is wrong and should be stopped. When you're in charge of a big metal box on wheels, capable of considerable speed, you increase the risk to others when you impair your own reactions and judgement. By a lot. It's not about how many milligrams of alcohol you have in you, it's about your ability to control your death machine.

Some people I know would be able to drive over the current limit with no problem. Others would not be safe to drive even under the limit. One, at least, isn't safe sober. So I would go for a test based on the individual's ability to control their vehicle rather than a breath test. A breath test treats us all as clones. We are not. First offence, lose your licence for a year. A second offence within that year, prison. No piddling about with points and re-education classes. But it's not based on milligrams in your blood, it's based on whether you have control of the vehicle you're driving. The risk is not to yourself. it's to other people.

With seatbelts, that's your problem. You don't want to wear a seatbelt, fine, it's you that goes through the windscreen in a crash, not me.

Speeding is not so clear. If your car does 90 and you're confident of handling it, and there's nobody about, off you go. If you're tailgating or cutting in or out, the hell with you and it's licence shredding time. On an empty road at 3 am, speed cameras are just silly.

If you're here to improve your life by becoming One Of Us, great. In you come. For a year at least, it might not be much improvement.

If you came here to sponge, then leave, or die of starvation. We are not feeding you.

Libertarian is not libertine. There is no racism or xenophobia. Nobody is forced to leave. Stay, follow the simple rules, you'll be fine. Your gender, race, religion or sexual preference is irrelevant, we don't care.

But libertarianism is not anarchy. There are stringent rules.

Just not very many".

Just not very many will suit your unbending author nicely.

It was your manky bandage wot drove me to it, I swear!

Pat yersel oan the back, or Iron-Leg, nae me.

Leg Iron is the man. His writing is top class.